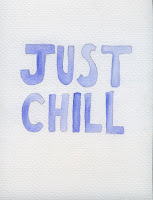 Remnants of an Archive of Lost Places
Daniel’s exhibition for Seventh features the documentation of the San Lorenzo Archive of Lost Places made in 1983 by anthropologist Felix Hoenikker. An ambitious but little known research collection founded by the late president of San Lorenzo, Hoenikker stumbled across it while completing a research paper on sites of natural or cultural import that had been destroyed during military conflicts and human caused disasters. The Archives themselves did not have such a specific focus in its collection policies, and held documents representative of a wide variety of places that were, for whatever reason, now unobtainable or ‘lost’. Ironically Hoenikker’s amateur photographs and slides of parts of the collection that he considered appealing or relevant to his research are now the only remaining parts of the collection extant, due to a cataclysmic cyclone that laid waste to much of San Lorenzo in the summer of 1984. Hoenikker’s collection came into the possession of the artist at a garage sale in Vermont following the former’s passing and the dissolution of his estate by relatives. Daniel has subsequently been researching Hoenikker’s academic writings and personal papers held in the Library of the University of Alabama, Tuscaloosa.
Daniel graduated from Fine Art at RMIT in 2003 and did Honours at Monash University in 2004. Originally trained in printmaking, his work has evolved into site specific installation with a contextual research focus. Daniel has exhibited and participated in projects for, amongst others, Next Wave, Spacement, Clubs, the ICA London and most recently, Gallery Sogool, Seoul. In 2011 he is beginning an MFA at Monash.

Brooke Williams in Gallery 2: All the Dimension of Space

Posted by Jonas Ropponen at 8:01 PM

SEVENTH is a non-profit exhibition space run by Melbourne based contemporary artists.

Situated on Gertrude Street in Fitzroy, SEVENTH provides a platform for experimentation that gives exposure to diverse and dynamic art practices developing locally, interstate and around the world.

SEVENTH aims to facilitate creative networks and connect the local art community with the global sphere of contemporary art.